Here you will find some information regarding the different processes involved in making a record, recording audio, how to prepare for the recording studio, and how to get the best sounding end result.

Please use the Request A Quote form to get in touch to discuss your project and requirements.

More information on Mastering can be found HERE

More information on Mixing can be found HERE

Getting a recording that can stand up against other professionally created and released material involves a lot of time dedicated to each stage of the Recording, Mixing and Mastering process.

Some instruments will take less time to set up than others, for example an acoustic Drum kit can take several hours alone to set up and set the best recording sounds. Actual recording time will depend on the musicians involved. A well rehearsed musician who knows exactly what they are playing for each part will need far less time recording takes than one who is not. Time also depends on how many instruments in total will be recorded and how many parts for each of these there are to record.

Vocalists will need to work carefully with their voices, not to over stress them too much at each recording session by trying to fit in more tracking, in less recording days.

Once all the recording work has been completed, everything will then need to be edited. This can range from minimal editing such as tidying up start and ends of recorded tracks and removing unwanted noise/sounds, to very extensive editing which can include correcting timing issues with performances and tuning vocal parts that are off. The time spent here comes down to the skills of the individual musicians and how tightly rehearsed everything is in advance to recording.

The next stage that requires at least the same amount of time spent on as the recording stage is Mixing. A properly mixed recording can be the difference between a professional sounding and a “demo” or an amateur recording. Mixing is a skill that takes practice, experience, patience and time to get the very best end result.

The final stage for the audio treatment is Mastering. Here time is spent working with the mixed track to enhance the final mix and bring things closer to the tonal balance of other professionally released music. Each mastering session is different, as each track/project will have different needs that will need to be dealt with in different ways. It’s at this stage where the track is processed to translate/sound the same way as the mix did in the studio, but on various audio systems out there in the “real world”. It is also at this stage where the final formats are produced, including CD, Digital Platforms and Vinyl.

In a final conclusion, getting a high quality end result takes time, and a lot of it. The more time you can afford to spend and put into a project, the better the end result will be.

Always be prepared for the recording stage. Rehearsed musicians that know exactly what they are playing will decrease the time spent recording, allowing more time for getting the best performances and sounds.

Always warm up before recording, use new guitar/bass strings that have been played in for at least an hour, use new drum heads that have been stretched in and tuned enough times to stay in tune during sessions.

Vocalists rest the voice before and after a recording session, ensure the voice is warmed up properly an hour before you get to the recording studio, and again before the sessions start.

EXAMPLES OF MY WORK 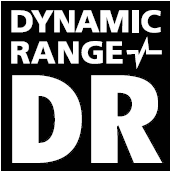